Keeping up with source language (if you don’t live there) 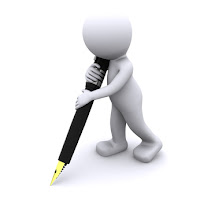 Years ago I started a job in local government as the Clerk (read Chief Executive Officer) of a local council in West Sussex, in the UK. It was quite a big and busy Council (6,000 inhabitants) and the job was quite complicated. I had no training for it all and was flung in at the deep end. But with the help of the retiring clerk, the clerk’s handbook by Charles Arnold-Baker , and a truly inspirational and helpful Chairman, I got along very well and, by the end of twelve years in the job, had turned my Council into one of the busiest and most proactive in the county.

Every year the Local branch of the National Association of Local Council Clerks (NALCC) organised a Clerks’ Day. We didn’t call it CPD then. It was a wonderful day – usually in a lovely countryside setting - at which we met colleagues from other Councils and listened to talks from the experienced ones on various aspects of local Council policy and law. In my early years it was very gratifying to find that I was actually doing things right. Later, my Council paid for me to do the first stage of a degree course in Local Government policy. It still wasn’t known as CPD, but it was part of the growing movement in every profession to ensure that professional jobs were held by professional people. Although I didn’t know it, I was constantly undergoing continuing professional development.

Ok! So what about translators?
Most translators and interpreters already do CPD in one way or another but, since most are freelancers, it is less likely that they are keeping formal records, including
•        Goal-setting
•        Record-keeping
•        Reflection

So, to address at last the title of this piece.  In my last post I promised to put forward some ideas.

If, like me, you do not live in your source language country (and I have 3 source languages so for me it wouldn’t be possible anyway) you probably need ways to keep your source language up to date – the first of my five areas of CPD mentioned in the last post. Here I'm assuming that you know and understand the structure of the language and have studied it to degree level at least.

All the suggestions I make are great for keeping up with the latest turns of phrase, the buzz words and so on. They are also essential for knowing what's going on in your source language country. If you don't know - to take an obvious example - that France is in election fever in the run-up to yesterday's (22 April 2012) first round presidential election, you won't easily be able to translate an article about the political situation there. None of my suggestions costs much, if anything, to do. Just your time and a bit of thought.

Another idea: next time you install some software, do it in your source language (if you can, not all software is capable of this). This is really useful for seeing how the familiar messages appear in another language.

Get hold of a style guide in your source language. I am assuming that you already have a style guide for your target language, but reading about style in your source language gives a great insight into language structure and usage. Here’s one published by the World Bank for English-speakers who use French. Another one I found recently is a guideline document on writing scientific articles in German. And for Spanish, here is just one guide published by El País. You will find many more by Googling.

Then, you could try to get a conversation partner: a Skype contact perhaps, or a “penfriend”. Here is a useful site to help you get in touch with someone who has similar interests and outlooks to you.

Look around locally for a social group for your source language. I joined a German literary circle for several years, run by a native German teacher of German. It gave an opportunity to listen, read, and speak in German - opportunities that I rarely have in my own personal life, living as I do in a mono-lingual household.

And whenever I can, I read novels in my source languages. Currently I have on my bookshelf La Voz Dormida by Dulce Chacón set in the times of the Spanish Civil War, a gift from my sister and I look forward to getting to grips with it soon. 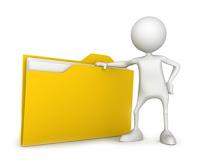 For your CPD - however formal or informal - to count torwards professional development, you need to keep a record of what you are doing, and ensure that you are structuring your CPD, rather than just pottering around it - however tempting it might be.

As a translator, I started keeping records of my CPD activities in 2004. I stopped using the card supplied by my professional Institute a long time ago and developed a formatted Word document, which I organise into the five headings I mentioned in an earlier post, namely:

The document contains a section on my aims for the year, and a review of the activities actually undertaken.

How do you keep your CPD records?

Note: I will be offline for a few weeks in May, so won’t be able to moderate any comments after the end of April. I’ll get to it as soon as I can.
For information about cost-effective CPD delivered by webinar to your home/office, visit eCPD Webinars - webinars for translators and interpreters.

I was listening to the Today programme this week (a serious news and interviews programme on Radio 4 in the UK) and heard an interview with Nigel Adkins, manager of Southampton Football Club.
Southampton is poised for promotion back into the Premier Division and no small thanks are due to the Manager. Nigel was never a high-level player of football but made the most of the opportunities he came across in life. One comment he made during the interview struck me. “You have to be like a sponge and absorb everything you can so you have it ready for when you need it in the future.” I didn’t write it down so I have paraphrased.
I think that everyone who is keen to get on does this, probably entirely sub-consciously. But it wasn’t until a decade or so ago that we started calling it CPD (continuing professional development) or CE (continuing education).
Karin Band, FITI, who presented a wonderful webinar recently on medical translation simply calls CPD “Keep up”.
Now most professional associations offer CPD training at every turn. But think about it: if your mind is a sponge, you are doing CPD all the time. The trick to successful CPD for professional purposes is to organise and document what your sponge-like mind is taking in.
I have highly professional friends and colleagues who say “I don’t need to do CPD. My work is my CPD”. Indeed it is. But unless you document the research you have been doing or the background reading you have taken on while working on a project, you cannot say you have done any CPD.
I divide my own CPD record into five sections.
Over the next few weeks I shall be giving some ideas as to how you can soak up knowledge in all these areas without spending a shedload of cash.
By the way, despite no longer having Chartered Linguist status (see previous post), I still intend to keep up my CPD record. It’s a discipline I enjoy and it makes me think about how I can become even more professional in my work.
Visit eCPD Webinars for more ideas on CPD. Free video
Posted by Sussex Coast Talking News at 16:35 No comments:

Is individual chartered status working for our profession?

Welcome to my blog. It is particularly aimed at new (but not necessarily young) translators, but also to experienced practitioners looking for low-cost but high quality ways to brush up on language and technical skills.
I am principally a translator, having been in the profession for 22 years now. I am also the managing director of eCPD Webinars, a small business enterprise offering high-quality CPD available on-line for translators and interpreters.